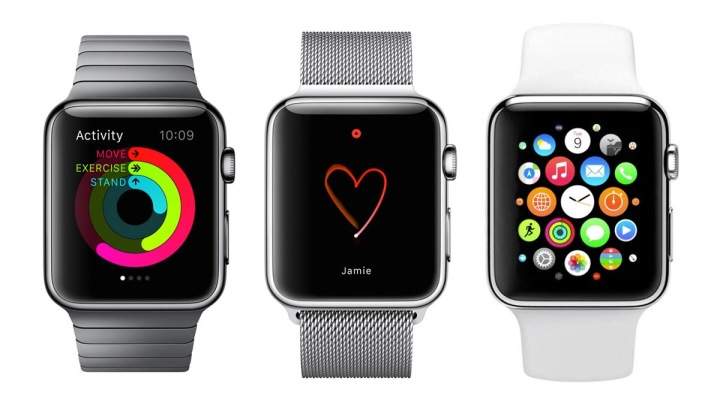 After shopping the Apple Watch on apple.com, I quickly concluded 3 things:

1. A watch is a very personal accessory.  Let’s face it: As much as it tells time or monitors fitness data, it makes a statement about you.

2. I was unsure how the Apple Watch would look on my wrist.

3. I better visit the friendly team at the Apple Store, try one on, and learn more about it.

On Saturday, April 18 I visited the Apple Store at Ridgedale mall in Minnetonka, MN, made an appointment to try one on, and went through a demo of the features.

When I arrived at the store, I was ready to buy.  I was eager to be one of the cool kids with the hottest gadget everybody is talking about.  And my kids were egging me on to “buy now”!  My credit card was burning a hole in ApplePay.

As a fitness fan that works out 6, sometimes 7, days a week – I love the heart monitor and accelerometer for data collection.  And as a Tech Guy, a hands free device that offers compact messaging is a nifty feature for my active, on-the-go lifestyle.  I knew immediately the Sport version was most suitable for my interests and preferences.

However, I was surprised that the Sport version had less rugged screen material (not the Sapphire display) compared to the non-sport model.  Whaaaaaaa?  As a fitness-oriented buyer, I want bullet-proof, military-grade durability whether I’m lifting weights, snowboarding, or hiking.

When I’m at the gym I frequently start and end my workout in the sauna.  On many occasions, my iPhone has given me a High Temperature warning and I had to leave the sauna.  I’m concerned the Apple Watch will have similar high temperature sensitivity.

Allegedly, like my Nike Fuel band, the Apple Watch is splash resistant / shower safe.  But not waterproof in the pool, hot tub, lake, or ocean.  Water sports are a no-no.

On apple.com I gravitated toward the black Sport version.  It looked the most masculine and I was operating under the premise that it would (1) most likely stand up to the wear and tear I dish out at the gym, outdoors, and as a father of two rambunctious kiddos; and (2) not stand out – in an odd way – when I wear a suit and tie (~4 days a week).

After seeing it first-hand in the store, I didn’t like how un-different the color black was.  Black was boring.  But I definitely liked that for $50 per additional band I could switch them if I was feeling avante garde (blue, green, red) or conservative (black).

38mm didn’t fit.  42mm wasn’t just aesthetic – it was functionally necessary.  My wrists are average, not unusually large.  But even the 42mm watch was looked oddly small and slender on my wrist.  Despite a series of positive reactions during the experience, this was the death knell of this purchasing decision.  It simply wasn’t masculine enough for my tastes and preferences.  Perhaps a future version will be 48mm, beefier?  This would be my preference for usability (more screen real estate) and masculinity of the design.

– Innate usability of the scroll dial

But the Sport version is too delicate in appearance and construction.  Perhaps a future version will be more rugged for adventure sports enthusiasts?

18 hours?  Eeeeeek!  Once again, awesome digital features such as BlueTooth, GPS, WiFi, and color touch screen would make me a slave to the nearest outlet.  A similar problem Tesla faced while going-to-market. Perhaps a future version will offer longer battery life?

Sorry, no Safari and no YouTube.  Major bummer, but I presume this was purposeful because of the relatively smaller screen size.  Sometimes it’s difficult, but necessary, to decide what not to include.  Too many features, or the wrong features, can ruin a product.